You are on patrol with your squad, making your way down a burned-out, bullet-pocked street when an RPG explodes against the building. Rounds ricochet off the street in front of you. You dart into a courtyard and take cover behind a nearby wall, yelling to your buddies for fire support. Are they close enough to hear you and respond? Or are you on your own?

Voisus provides the answer. Game users receive realistic vocal communication among players. Come within vocal range, and communications automatically establish among you and nearby players. Move away, and vocal interaction capability fades.

Coupled with ASTi's high-fidelity radio communications modeling, Voisus provides a critical missing element for in-game realism and training. Now players can both communicate over radios and talk to each other in a realistic manner. Vocal command-based coordination critical to operation is applied realistically in the game rather than shouting across the room.

If your training mission involves serious games (e.g., VBS) and not much else in the way of communications, then you can install our Voisus add-in to get in-game radio comms that are more convenient and realistic than the game's default offering. Match that with a few Voisus clients running on PCs for exercise administration and management, and you have a complete, unified communications setup. 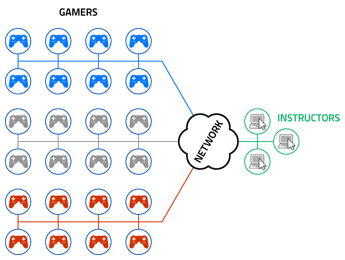 But then you remember that you need to record all the game audio for AAR or need to get audio traffic from live radios for your mission training. Add Voisus Radio Bridge and Simscribe to your network for the capability and flexibility you need. 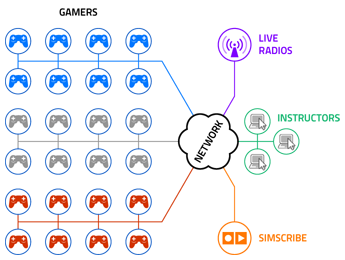