ASTi recently received a desperate cry for help: a customer discovered an issue that rendered a simulator’s visual system unusable on the day of Level D certification. Weeks beforehand, ASTi completed final tuning and sound plot generation on the simulator’s sound system. All tests passed with flying colors, even though this was one of the loudest aircraft ASTi had ever modeled. The required plots appeared well in tolerance, and the customer signed off on the sound system’s performance.

For years, ASTi has provided remote support using desktop-sharing applications and ACE Studio, our real-time development toolkit. ASTi engineers have handled a wide range of sound and communication issues, though we rarely troubleshoot visual systems. We teamed up to quickly brainstorm potential problems and solutions, tackling the problem head on.

ASTi remotely connected to the simulator to test the sound system. A few frequency sweeps confirmed our suspicions: low frequencies in certain operating modes caused visual system projectors to vibrate. In a matter of moments, we accessed our real-time interface to the sound model and configured several sharp notch filters for the low frequencies. Much to the customer’s relief, the fix worked, the visual system was usable, and all QTG tests were still passing. It took less than two hours for ASTi to identify and resolve the issue.

“I would like to thank you for your great support that led to a successful qualification...” said an engineer working on the project. “Considering the whole sound system development and tuning was performed via remote sessions, I think this is quite an achievement.”

Our technical support contracts offer this kind of on-demand, real-time remote assistance. Not only does remote troubleshooting save time and travel costs, but it proves critical in an age where travel is limited.

ASTi is more than just a sound and communication system provider. Our wide breadth of experience and in-depth knowledge base empowers us to handle any issue that arises in the flight simulation and training domain. This customer interaction further demonstrates the value of our technical support and expertise, serving as one more reason to consider ASTi for your next simulation project. 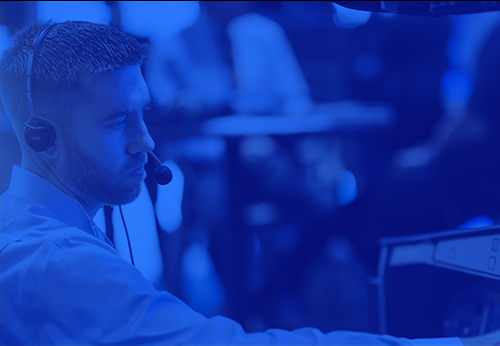 “Considering the whole sound system development and tuning was performed via remote sessions, I think this is quite an achievement.”

ASTi is the leading supplier of communications, automated air traffic control and sound systems to the training and simulation industry. ASTi meets FAA, EASA, and equivalent Level D qualifications with simulators around the world. Since 1989, ASTi has fielded over 11,105 systems at more than 800 installation sites in the U.S. and 49 other countries. To learn more about ASTi, please visit www.asti-usa.com.

“Considering the whole sound system development and tuning was performed via remote sessions, I think this is quite an achievement.”