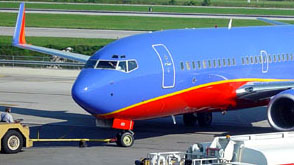 The commercial simulation world is concerned with providing the most realistic training for flight crews to allow them to perform their normal flying duties and to provide emergency situation handling for specific aircraft malfunctions or environmental conditions.

For a commercial simulator to be made available for training crews, it must pass a certification process to become an approved standard of simulation. In the USA, approval is overseen by the FAA. Currently flight simulators are certificated at levels A through D (with Level D being the highest), while Flight Training Devices (FTDs) are certified on a scale of 1 through 7. The standards throughout the world, although largely similar, are not bound by a united standard. This will be changing in the near future, and developers and buyers of simulators should make themselves very familiar with these changes to ensure the simulator and components are compatible with the new requirements.

The current methods used to train commercial flight crews have remained largely unchanged for approximately 50 years, while aircraft and the environments they operate in have become more complex. The ICAO recognized this, and introduced the Multi-crew Pilot License (MPL) in late 2006. Now crews trade hours flying solo in small single engine aircraft, for more hours in higher fidelity training devices, such as the Level D full-flight simulator. The MPL is designed to produce competent flight crew in the most efficient and directed manner. The MPL however, also identified aspects of current training devices that are not adequate, which led to a push to re-evaluate the current basis for all Flight Simulation Training Devices (FSTDs).

In mid-2006, led under the auspices of the Royal Aeronautical Society (RAeS), an International Working Group (IWG) was set up to revise the current ICAO 9625 document, “Manual of Criteria for the Qualification of Flight Simulators”, currently in the Second edition. The IWG has approached this task as one of the most important efforts in the history of commercial simulation and training industry, since the results of this will stand as the criteria for certification for all FSTDs for the foreseeable future. The revision focused on the technical requirements, simulator's training tasks, and an assessment of the fidelity needs. Therefore, there will be clear traceability for a particular training task through to the type and fidelity of simulation device that is required. The IWG has now published the draft Edition 3 for review in August 2008, and official ICAO release is anticipated in mid-2009.

The key areas of change for sound relate to a much clearer definition of the aural cue sounds that are required, and most significantly for communications support of an automated air traffic control environment.

So what is an automated air traffic control environment? In order to understand this, it is necessary to examine the current radio simulation approach. In the current generation of commercial FFS, the radio environment is largely simulated by relying on the instructor to role-play the vast majority of external agencies that the crew would normally interact with, exceptions being limited to automated ATIS stations. Generally, little attention is given to the fidelity of the radio simulation, and effects such as ranging, noise, and occultation due to terrain. However, since it is now required that all crews undertaking training at all levels need exposure to varying fidelity levels of radio traffic, using automated systems. Also note that all the other aircraft in the local airspace are interacting over the same radio channels. The new requirements require that the instructor capability be supplemented with an automatic system that will represent the vast majority of radio traffic without requiring any instructor input. The technical solution for this is to implement a system that is able to "understand" the crew speech (Speech Recognition), and provide appropriate synthetic voice response over an appropriate radio channel.

So where does ASTi fit into all this? Well, from the above it is clear that there are some elements defined in the certification standards that relate to both cockpit communications and aircraft/environmental sound simulation.

This is indeed the case—for a crew to receive realistic training there must be adequate simulation of the communications equipment fitted to the aircraft including radios and navigation receivers, and all tones and warnings heard through the communications system. In current FFS devices, the crew must interact with an instructor who will role-play other radio entities in the environment, often supported by automatic systems such as ATIS. The ASTi radio and communications simulation provides a highly accurate radio environment, while the standard communications facilities available within ASTi software are more than capable of supporting the remaining requirements. 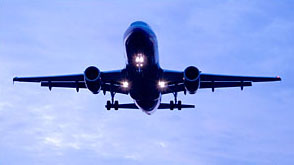 ASTi's Speech Recognition software package option (ACE-SR) allows seamless integration with simulated software communication models for a one-box solution meeting the FAA/JAA (EASA) standard for flight simulators. The standard speech recognition package provides the ability to process up to 4 streams of audio simultaneously (depending on purchased options). Expansion beyond 4 streams is available as a special option. Speech recognition is configurable for word-by-word recognition to quickly recognize commands for system control or sentence-based recognition for use in "natural language" applications such as radio communications.

Aircraft and environmental sounds are also of significant training value and are requirements for certification at Levels C and D for simulators, and Levels 3, 6 and 7 for FTDs. The Level D requirement is the most demanding since this includes objective assessment of spectral frequency plot data obtained from flight test recordings against identical recordings taken in the simulator. ASTi has significant experience in providing sound systems to meet all levels of certification and in the past years have been advised by our customers that multiple simulators equipped with ASTi sound systems have been certified at both Level D and Level C, and more recently ASTi has provided a number of turnkey Level D solutions. This latter business has seen ASTi handle all phases of the system design, implementation, test and certification.

Our latest product enhancements in this area include sophisticated composite modeling objects that greatly simplify the effort to construct and tune a Level D model (through objects such as our "Level D Engine", "Runway Thump" and "Auto-DRED"). The internal ACE Spectral Analysis option allows the system to perform internal 1/3rd octave analysis to meet the requirements of all current and proposed certification standards, and simple integration with eQTG systems.

ASTi has many FAA, JAA and international equivalent Level D certified aural cue and communications systems installed in simulators around the world, including: