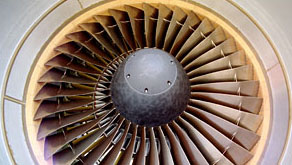 The aural cue system is required to generate the aircraft and environmental sounds for the simulator. These are all sounds heard except any sounds via the crew headset, which fall into the domain of the communications simulation. This is an important aspect for a commercial simulator, since the level of realism experienced by the flight-crew is greatly enhanced by a good sounding simulation. Typically these sounds include:

The importance of the aural cue fidelity is backed-up by the mandated certification standards on the operation of the sound simulation. At the highest certification, Level D, the authorities require that both objective and subjective measurement meet the approval of aircraft type-qualified aircrew.

Core to understanding the ASTi approach to aural cue is an appreciation that sound is ultimately a subjective experience and therefore, flexibility and tune-ability are key terms in considering system selection. It is also important to grasp that a basic premise of the certification mission goal is that the simulation shall be tested - not any particular sub-system. Therefore, any one performance specification will only become a contributing factor to the overall system behavior.

ASTi has for a long time championed the parallel application of both synthesis and sampling as the correct approach to implementing the sounds required for an aural cue simulation. With many recent successful certifications of simulators to both Level D and C using ASTi sound systems, we believe we are able to offer the right tools to get the job done.

Another aspect—that is often overlooked—the ease with which a customer is able to handle the hands-on engineering task. At ASTi we believe in providing the customer with the full capability to handle the developmental, integration, and tuning phases of a system development. Providing a system whereby only the single “expert” is able to make the system work is both impractical and inflexible. Again, recent evidence of successful simulator certifications at Level D with the integration and tuning handled entirely by the customer are a testament to this philosophy. 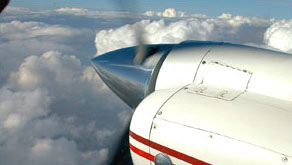 An aural cue system destined for certification must provide sounds at a high fidelity and also must impart direction. This is a crucial training aid in many cases - with aircrews asking was it the left or right engine that suffered the compressor surge? All the aural cue sounds act as triggers one way or another to flight crew actions.

The most effective method for providing directionality is to route the sounds to multiple loudspeakers driven from independent output channels from the sound system. A practical minimum of 6 channels are required to handle the full 360 degree cockpit structure covering the front, rear, left, right, top and bottom. In practice, 8 or 10 channels are used more often. Common practice also includes at least one or more dedicated sub-woofer channels into the speaker installation, this adds a vital realism to the resulting sound field and, with well chosen components, the sound system will provide a graceful transition from the motion system vibration range (0-30Hz), up into the audio band.

Depending on the particular requirement for a sound, ASTi software allows it to be routed and mixed to any one, several, or all output channels, and allows each output to have completely independent volume control. This flexibility is one aspect that makes tuning an ASTi system so simple.

A core component to this capability is the ACE software modeling feature known as the “Highway 3D Service”. This seemingly innocuous feature makes positioning sounds within the simulated soundfield a breeze. Simply enter the relative X, Y, Z displacement from the cockpit reference position for each sound, and the service will calculate the required channel gain for every channel on the system, based on the relative X, Y, Z placements of the installed loudspeaker system. Furthermore, to re-use the same simulation sound model on a another simulator with a different number or positions of the installed speakers, all that is necessary to re-deploy the model is to re-define the speaker coordinates - all other gains are automatically re-computed to position the sounds correctly!